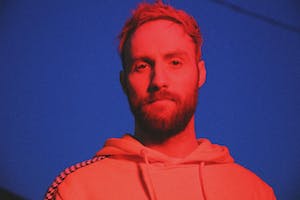 iCal
Google
Nashville-based singer/songwriter Ruston Kelly is in the midst of a landmark year following the release of his debut album, Dying Star

Nashville-based singer/songwriter Ruston Kelly is in the midst of a landmark year following the release of his full-length debut album, Dying Star, September 2018 via Rounder Records. With a storytelling sensibility that constantly shifts from candid to poetic, Kelly details his experience with addiction, which included time in rehab and an overdose in early 2016. Rooted in a delicately sculpted sound that shows every nuance of his vocal delivery, Dying Star captures all the chaos and heartbreak on the way to finding redemption. The album landed on several "Best of 2018" lists including Rolling Stone, Paste, UPROXX, American Songwriter and NPR Music, who praises, “Kelly digs down deep on Dying Star to fearlessly put forth a set of songs steeped in emotional twists, turns and complications…This here is powerful stuff." Additionally, Kelly released his new project Dirt Emo Vol. 1, earlier this fall to widespread critical acclaim. The eight-song release consists of Kelly’s favorite emo songs including a rendition of Dashboard Confessional’s “Screaming Infidelities” featuring the band’s lead singer Chris Carrabba, a live cover of Wheatus’ “Teenage Dirtbag” and new versions of The Carter Family’s “Weeping Willow” and Taylor Swift’s “All Too Well.” In celebration of his breakthrough year, Kelly will make his headline debut at Nashville’s historic Ryman Auditorium this March.